The Story Of Astronaut Pete Conrad

“That’s one small step for man, one giant leap for mankind.”

These were the first words uttered by Neil Armstrong as he became the first person to step onto the moon. It’s hard to comprehend the enormity of what it took to send human beings nearly 250,000 miles from their home to explore a new world, then bring them back again, safe and sound. Armstrong’s powerful words lived up to such a moment.

But not every moonman took his job quite so seriously.

Though Armstrong and Buzz Aldrin’s walks on the moon are the most memorable, there were another five moon landings between 1969 and 1972, and another 10 men had the privilege of stepping out onto the lunar surface. The second Apollo moon mission, Apollo 12, was captained by a man named Charles “Pete” Conrad Jr., and on November 19th, 1969, he became the third human being to walk on the moon. So what timeless, inspiring quote did he offer the world as he stepped out of his spacecraft?

“Whoopie! Man, that may have been a small one for Neil, but that’s a long one for me!”

He then worked his way down the ladder, and as his foot first touched the surface, he cried: “Oooh, is that soft and queasy.”

We don’t exactly think of astronauts as rock stars like people did back in the ’60s and ’70s, but maybe that’s just because we don’t think of men like Pete Conrad, the diminutive, sarcastic, gap-toothed space explorer who liked to drive fast cars, fly fast planes, and used his first words on the moon to win a $500 bet. 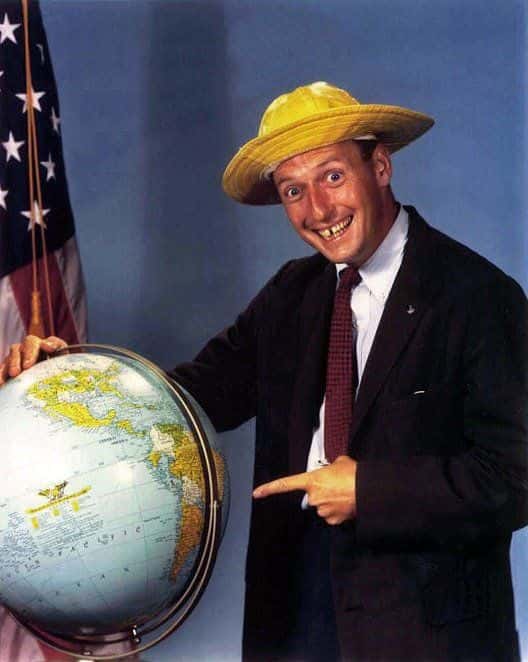 Despite the fact that he eventually captained a lunar mission, it was a miracle that Conrad even managed to become an astronaut at all. He was born into a rich family that lost everything in the Great Depression. His father, once a wealthy banker and real-estate magnate, abandoned him and his mother soon after.

While the young Pete was intelligent, he also suffered from dyslexia. Since the schools of the ’30s and ’40s were not particularly well-equipped to deal with his needs, his studies suffered. He struggled through high school, even needing to repeat the 11th grade. Hardly the kind of kid who’s going to be walking on the moon any time soon. Perhaps the highlight of his grade school career was when he played center for his school’s football team, the Darrow Ducks, despite the fact that he was 5’6″ and weighed 135 pounds soaking wet.

But despite his difficulties, Conrad managed to turn things around in school, went on to Princeton University, and eventually began a successful career as a pilot in the US Navy. He was so well regarded, in fact, that he was invited to apply for the astronaut program. Next stop, the moon, right? Well, not exactly. He was applying to join the Mercury program, and he got rejected. 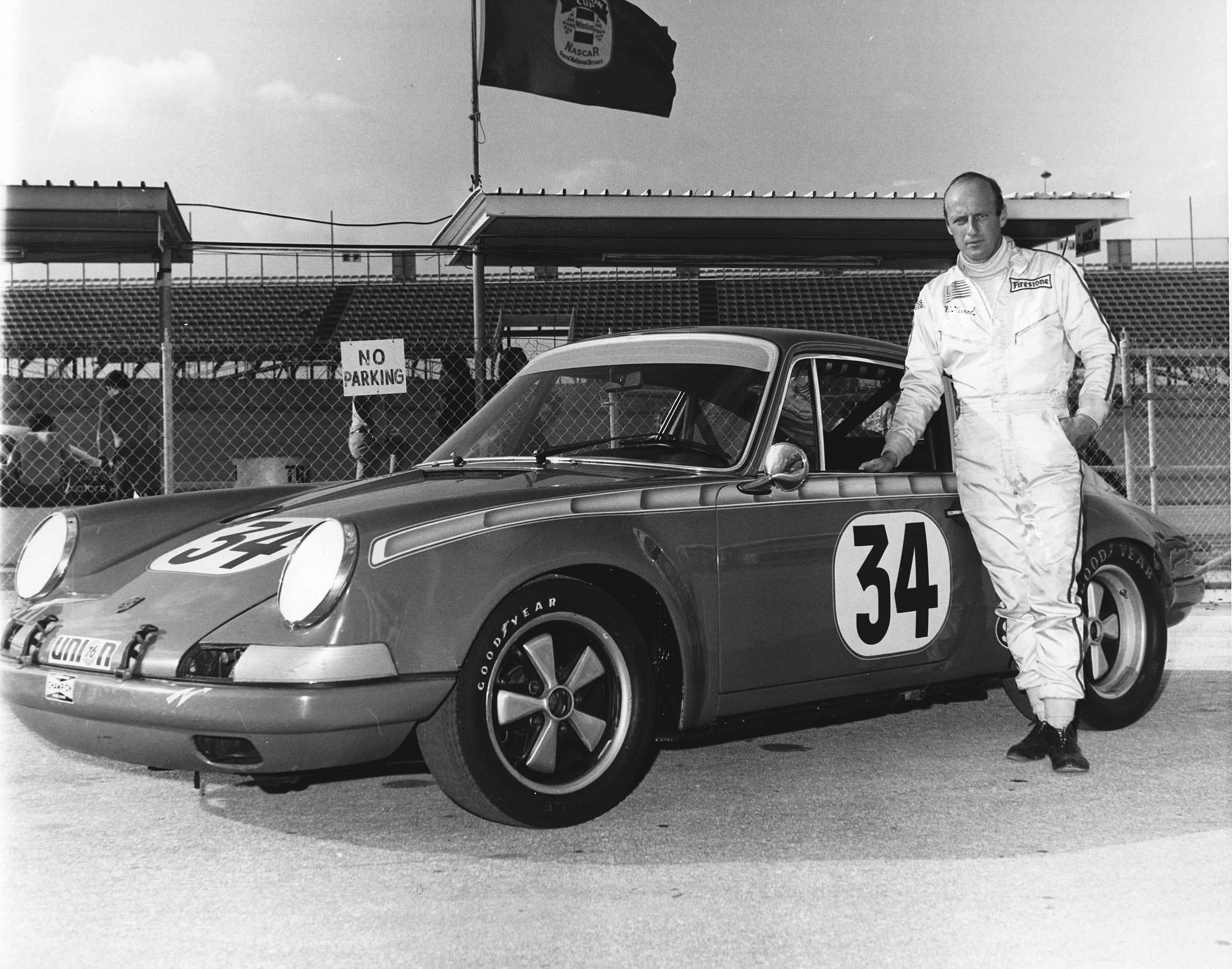 Now, astronaut programs are notoriously selective, so one could be forgiven for thinking that Conrad was rejected based on failing a physical or written exam, but that wasn’t the case. He was rejected for his “dismissive attitude towards some of the medical tests.” What does that mean exactly? When he was given a Rorschach inkblot test, he told the examiner that one blot looked like a…ahem…sexual encounter, which he then explained in graphic detail. Then, when he was given a blank card, he wryly said “It’s upside down.” He also once delivered a stool sample in a fine gift box wrapped in red ribbon.

Reportedly, the tests required for the early astronaut selection programs were invasive, exhausting, and frustrating. While most would-be space explorers did their best to put up with them, Conrad said, “no thanks.” The final straw came when he dropped a full enema bag on the clinic commander’s desk and then walked out without saying another word. Unsurprisingly, NASA determined that he was “not suitable for long-duration flight.”

For most people, that would be the end of the dream, but Conrad was not just any sarcastic jerk. He was also an extremely talented pilot, and his short stature made him perfectly suited to being crammed into a tiny spacecraft. Some time later, after his friend Alan Shepard (who would eventually walk on the moon himself as part of the Apollo 14 mission) recommended him, he re-applied to join NASA, and this time he managed to take it seriously enough to get in. 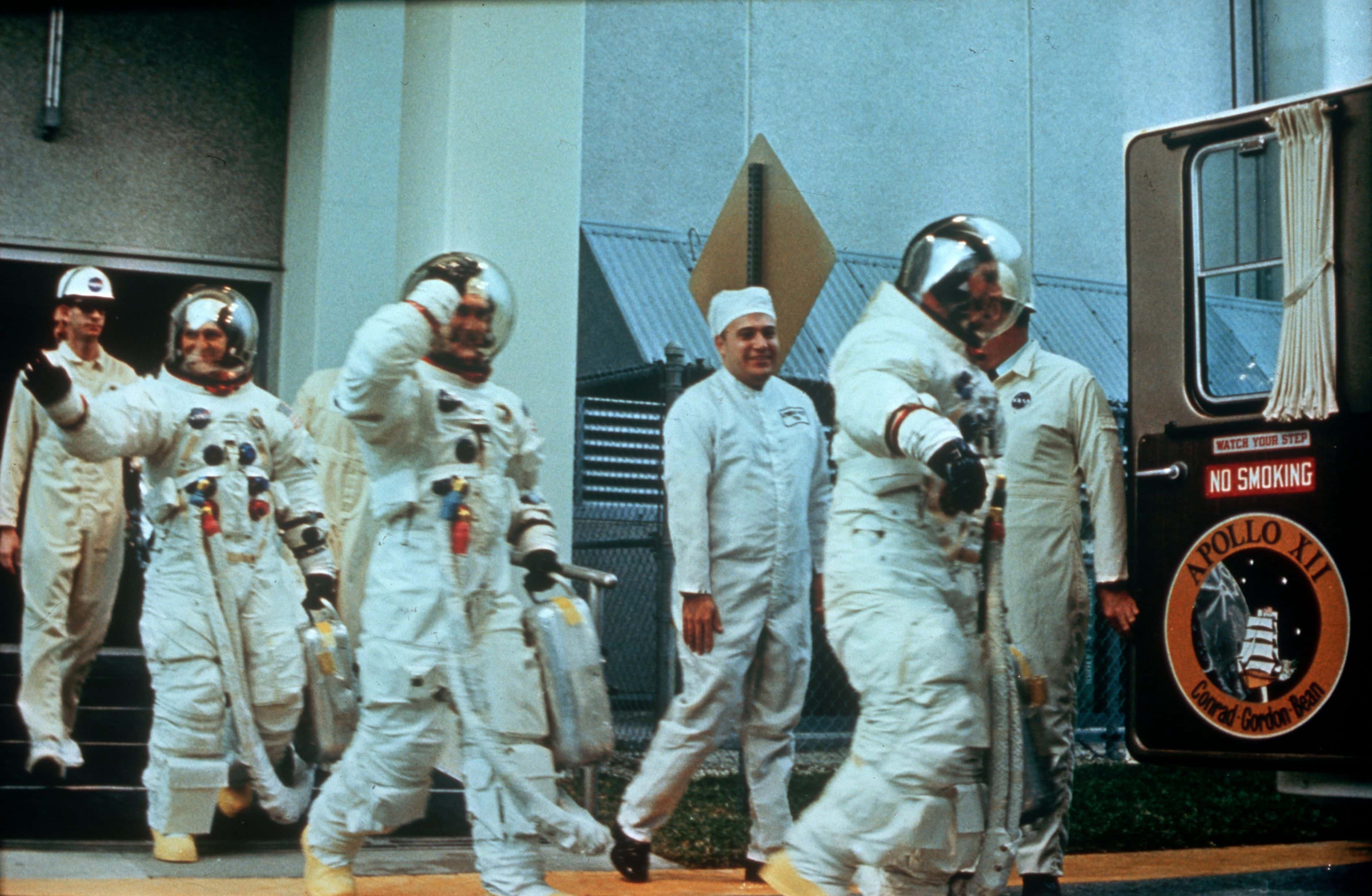 After taking part in several missions in space as part of the Gemini program, Conrad was selected to join Apollo, and just four months after Neil Armstrong and Buzz Aldrin became the first men on the moon, Conrad, Alan Bean, and Command Module pilot Dick Gordon launched with Apollo 12. This dyslexic, 5’6″ star center of the Darrow Ducks was heading to the moon.

Apollo 12’s flight was far from easy. Their craft lost power and guidance shortly after launch when it was hit by several unexpected lightning strikes, but the men and women on the ground managed to talk the three men through a fix, and they made it to the moon safely, touching down in the Ocean of Storms five days after they left Earth.

But while Neil Armstrong was speaking for all of humanity as he stepped onto the moon’s surface, Conrad had something else on his mind. After Armstrong’s famous quote, an Italian journalist named Oriana Fallaci said she believed that it had been pre-scripted and that Armstrong was merely aping someone else’s words. Conrad set out to prove her wrong, so he made her a bet: He told her what he was going to say when it was his turn to step onto the moon. If he said it, word for word, she owed him $500. If he went with a NASA script, he owed her. The bet was made.

So cut to Conrad, 238,900 miles from the Earth, making a dumb, self-deprecating joke about his height as he became the third ever “man on the moon.” Despite being in what was likely the most hostile and dangerous situation that any human has ever been in, his first thought on the moon’s surface was “that is soft and queasy.” Some other iconic quotes from his lunar adventure? “Dum dee dum dum. Whoops. No way I’m gonna…I wonder if I can get in the bottom of this crater hole?” and “Dee dum dee dum. I feel like Bugs Bunny. (Giggles).” The odd little man who had been kicked out of the astronaut selection program for making lewd jokes and gift wrapping his own poop had made it to the moon, but that didn’t mean he needed to take himself seriously.

Teen movies have come a long way from early examples like Rebel Without a Cause and West Side ...